About the project
The big Russian race

So it has turned out on a life that to me honour to be at sources of origin of sports races with draught dogs in the Central Russia, in particular in Moscow and the Moscow region from the end of 80 beginnings of 90th years of last century when I have started to reflect on that and why at us in Moscow and the Moscow region not to start to cultivate this kind of sports which has already started to do the first steps on Chukotka and Kamchatka in races "Hope", "Berengija" and already at full speed developing on the American Continent – race of "Ajditorod" and in the Western Europe in the Alpes – race of "Alpirod" has dropped out.

Such desire was not groundless because I well knew winter Situated near Moscow, knew that snow in Moscow suburbs can lie about four months in a year. Finishing the active life in sports races on skis, I began to think over where it is possible to get the Russian draught dogs that I had further an own team more and more.

Fortunately far to go for dogs it was not necessary. In the beginning of the "reorganisation" period in Moscow the first imported doggies of breed «Siberian Haski» began to appear, and in 1993 I have got the first and in a consequence, become родоначальницей nursery "North", beauty Munflauer of OF Blju Ajd Uinni number of family tree 0000007 or in a life Betsi is simple.

By 1996 people started to propagandise a kind of sports new to the Central Region «Sports races with draught dogs in a team» became appreciable also. He is Romanovich A.L., brothers of Bychkovy – Anatoly and Alexander, Vishnjakov A.V., Renat Habibullin, etc.

From the Russian side two representatives participated in this race only is Pomelov V. I in a category скиджоринг with the first doggie Betsi and Panjuhin S.J. with a team Kamchatka rideable.

From now on here 14 years in the Central European part of Russia it has not been spent any significant race – Russian, especially international.

About перепетиях creations of the various organisations, clubs, federations, about the appeared trainers, advisers and other experts in sports races it is possible to type data from an information large quantity on various sites on the Internet.
Now without pressing in the analysis of development of sports with draught dogs it is possible to ascertain – «process has gone», sports have started to declare itself, formation of a considerable quantity of the organisations not only in the Central Region of Russia, but also on all its territory.

On a today's condition of this kind of sports at us in Russia it is possible, to tell that it and is also it is not present.

There were first masters of sports, in its separate kinds.
Enthusiasts leave abroad for participation in competitions of the European and world level and win there. But it is separate splashes.

In my opinion that, than these sports are in those countries which have started it to advance the first, at us are not present. There is no big, entertainment race of the All-Russia level, such, as Ajditorod for Americans and Big "Odyssey" in the Alpes for Europeans. Race – about which it would be possible to speak and recollect as about something important for sportsmen and for spectators the whole year, before the following race.

We have "Berengija", but it only for the, Chukchi teams, at us is Kostroma race – «Northern hope», but it is small for the Russian scales.

The big National race located in area for all regions of Russia, race which on extent, gave the chance to climatic, relief conditions is necessary to us, to compare it to the big international races, passed on the historical centres of development of the Russian State, was interesting in informative, historical, ethnographic plans. Passed through the centres c the developed tourist, social infrastructure. It was attractive to foreign sportsmen.
Moscow youth sports-tourist «Club of fans of draught dogs» "North" leaves with an appeal, to all interested in development of sports races with draught dogs with the offer to support – "Club" undertakings in business of creation of the Big Central European race.

The initiative of sportsmen was supported by the known Russian traveller, the writer, the artist – Grooms Feodor Filippovich who will take part in the project with a team of draught dogs.

Further, in process of route working off – on Yaroslavl, to the Moscow areas and on the city of Moscow, race will be finished to the full volume in 1500 km.

C Respect for all engaged in races with draught dogs,

The command of sportsmen «Mail of Russia» has entered into the five of lead ...

The club of fans of draught dogs "North", is ready to participate in the ...

The Yamal sportsmen excellent act on the Arctic Winter games 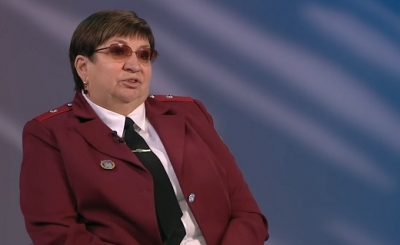 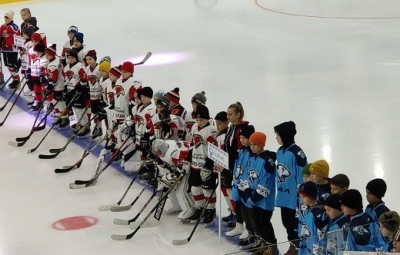 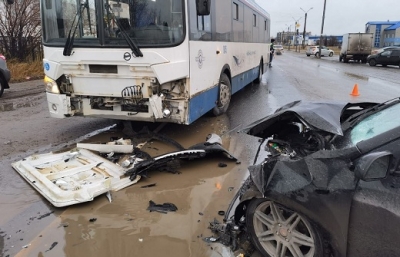